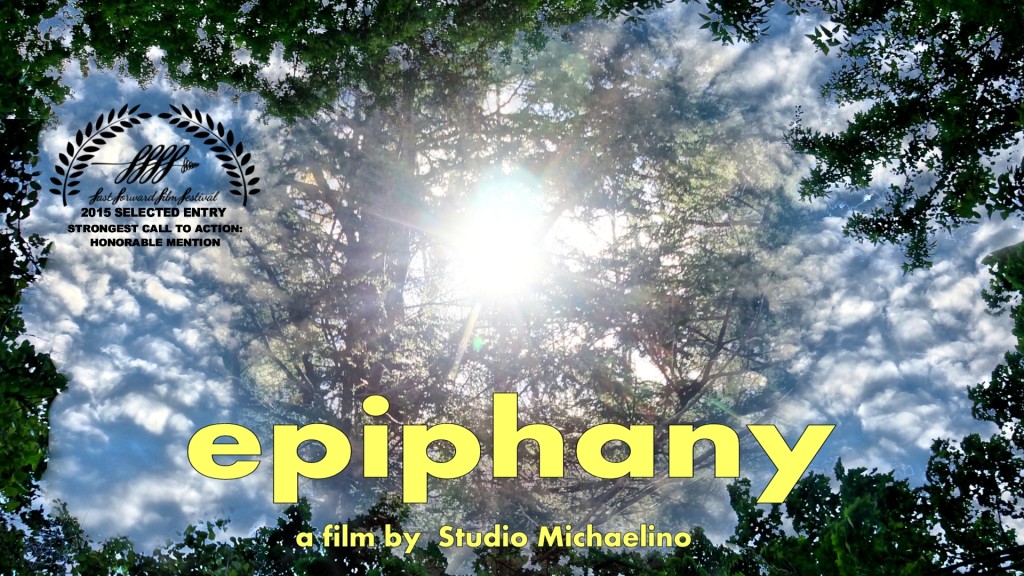 Epiphany is a movie about energy and risk assessment.  It was inspired by a simple, personal moment of clarity that I experienced in 1976 while still a student in college.   My instant of awareness then served as both portend and, quite coincidentally,  connection to a famous failure just a few years later.

This the first film created for my Studio Michaelino,  Epiphany was a nominated selection for the inaugural Fast Forward Film Festival  and at the festival in April, 2015 received an Honorable Mention in the category :“Strongest Call to Action.”

Music by Neslort and Rick Trolsen.  “The Yoga Rope Rag” used with permission  From the album:Mystical Scam. This is a 2010 album for which I have promised  (to myself) to write a review.  Actually, I don’t normally write reviews of art that inspires me, I will write, instead, what I term an “appreciation” for this marvelous album, especially as I was given a preview of the process of its creation. That’s because Rick is a very good friend.

To complete this movie, I also must thank another friend, and a fellow geek: Patricia Pehlman.  Pat supplied a key video clip and I might have had to delay the film’s completion by several months if she had not been able to help.